The Story of the Cancer Journeys Foundation (CJF) is about giving cancer survivors the tools they need to survive and to help their fellow Journeyers and those who are following behind. For the majority of cancer survivors and their caregivers, active support from their medical team stops at the end of their formal course of treatment. At that point, the cancer survivor is in a virtual no man’s land.

Robert has been twice honored by the Los Angeles Times Business Journal Health Leadership awards for his prostate cancer advocacy and in 2015 was chosen as a National Cancer Champion by the Amgen Corporation’s Breakaway From Cancer program.

No Cancer Survivor Left Behind

Robert served a career in the US Army and the Army’s “no one left behind” ethos is ingrained in him. This code is what drove him to create the Prostate Cancer Awareness Project and now to broaden the mission to all cancer survivors through the Cancer Journeys Foundation.

Cancer affects us all. Every family in America. The Cancer Journeys Foundation provides cancer survivors and their caregivers the information and support they need to develop and implement effective survivorship plans and move forward with their lives.

“Cancer doesn’t care. But we can.”

We invite you to join our community and become part of the support network for the 14 million Americans living with cancer. 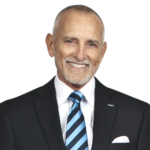